Winner of the 2019 Swiss Book Prize, this is a novel so caustic it should be printed with hydrochloric acid 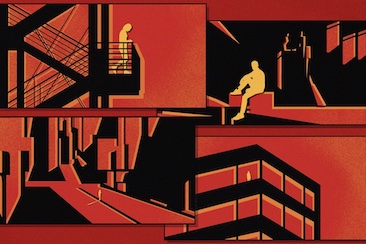 When Sibylle Berg’s new novel appeared in Germany, it was titled “GRM,” with an obscene English subtitle that refers to both an esoteric programming language and the story’s effect on your brain.

For release in the United States, the book has been retitled “Grime,” and its subtitle is gone. But traces of that early-1990s computer code remain laced through the text. And the story is still primed to mess with your brain.

Winner of the 2019 Swiss Book Prize, this is a novel so caustic it should be printed with hydrochloric acid. Berg, a Swiss writer and social activist, sprays her fury across the whole landscape of technological and economic manias that are rendering the 21st century intolerable. And Tim Mohr has done a remarkable job of translating Berg’s hilarious, hectoring, hyperbolic prose, which isn’t so much propulsive as relentless. 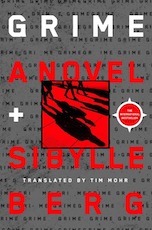 If you’re weary of comfortable satire that only confirms your ironic disdain for modern life, “Grime” may be the novel for you. The brave new world that Berg describes offers a critique of neoliberalism that’s downright sadistic. It’s like watching a very bloody, unfair cage fight with Ayn Rand: Atlas Slugged. Naturally, Europeans adored “Grime” and kept it on the bestseller list for months; in the United States, this ordeal is sure to sell dozens of copies.

Almost every chapter begins with a mini dossier on another character, delineated by such traits as “Threat Potential,” “Ethnicity,” “Fetish” and “Health Risk.” That structure suggests the state’s total surveillance of the populace, but the form is continuously deconstructed by Berg’s acerbic commentary.

At the center of “Grime” are four horribly abused children in Rochdale, a town in Manchester, England, that Berg calls “a municipal embodiment of brain damage.” If that grim joke offends you, bail out now. Political correctness is only one of the many cherished attitudes that Berg flays.

Don — short for Donatella — wants to be a boy and has been “furious since birth.” Her only pleasure comes from grime, that “raging, filthy music for children leading filthy lives.” Her three equally alienated friends are Karen, who has albinism and survived a mass shooting; Peter, a Polish immigrant abandoned by his mother; and Hannah, who lost her parents to suicide and medical malpractice. 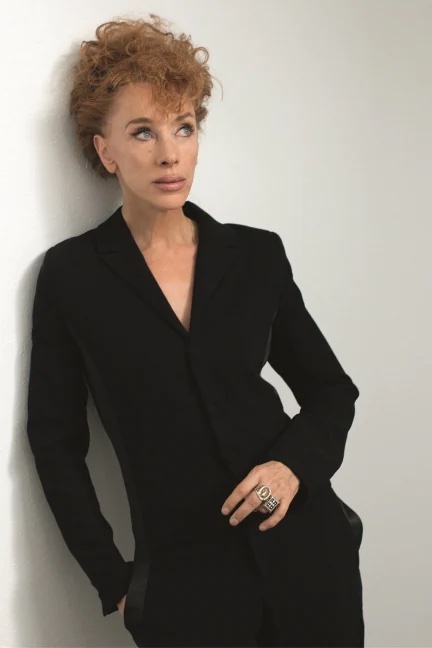 Inspired by their newfound alliance, they devise a plan: “Let’s make a hit list,” they say. “We’ll take revenge on everyone who’s hurt us.”

Ingenious murders carried out by a quartet of young misfits squatting in an abandoned building could easily sustain a 440-page thriller — or a Netflix series. But Berg has something else in mind. Indeed, the murder plot runs so faintly through this giant novel that it’s no more than a watermark on the pages.

Instead, Berg offers up a breathless riff on Western culture as it devolves into rampant xenophobia, unbridled privatization and online addiction. The story is set just one or two more crises into our dismal future, when “the yearning for understanding gave way to the rage of the ignorant.” The entire middle class has been evaporated by robots and artificial intelligence. In the name of greater efficiency, all public services have been sold off to corporations. The myths of personal choice and market efficiency have been allowed to ravage health care, education and law enforcement. Universal surveillance has eliminated crime, and a dynamic system of “social points” has increased recycling, courteous driving and mental illness. In short, “Grime” is Dave Eggers’s “The Circle” if “The Circle” were interesting.

Few references to America appear in this novel, but it’s not hard to notice the relevance to our current plight. “When you use the instruments of democracy to completely pulverize trust in democracy — that is, put absolutely rubbish individuals in top positions, instigate civil wars, incite the so-called good against the so-called bad by means of Nudging, by the manipulation of their goddamn brains via devices, social media, false information, when you render the press utterly untrustworthy, when you encourage brutality, Nazis, ignorance, and fascism — in short, when you perpetrate insane chaos,” you arrive at the future Berg outlines here.

The economy described in “Grime” has devolved into a Hobbesian hellscape of ever-more-humiliating gig jobs as everyone struggles to supplement the state’s universal basic income payment. Men, real men, White men, have nothing left but their simmering resentments toward women, Blackpeople and immigrants — that whole mass of undeserving usurpers. “Everyone is nervous and phlegmatic at the same time,” the narrator says. Things grow so bad that even beating up refugees and molesting children fail to raise their spirits. Fortunately, the popular Dream Island app helps people commit suicide.

Such nihilism thumps through these pages without mercy; the phrase “no more” appears almost two dozen times — as in no more social workers, no more birds, no more water, no more work, no more time, no more dreams. And if you don’t get the message on the first go around — or the 10th or the 20th — don’t worry: Berg will be back to slap you upside the head again a few pages later.

“Markets will straighten everything out,” the narrator scoffs. “The water supply had just been privatized. Meaning. The price of water had quadrupled, and because as a result the natives began to use less water the new owners made losses which were to be offset by tax money from the natives. Beautiful. On it went.” And went and went and went for hundreds of pages. “Everything led to one goal,” Berg writes, “which had now nearly been reached. A paralyzed, happy, brainless populace.”

Like Patricia Lockwood’s recent novel, “No One Is Talking About This,” “Grime” offers a devastating evaluation of social media, a realm now so essential that “humans seem to have developed a hate for their existence beyond the net.” But unlike Lockwood’s novel, which gleams with the author’s poetic precision, “Grime” often reads like a routine being workshopped in front of us. Every few dozen promising sentences eventually produce a perfect one like, “Online you feel as if everything hinges on your own deranged opinion.”

Then there are moments when Berg’s exasperation seems just too exhausting to sustain. “Yep, polio is back,” the narrator sighs at one point. “And it’s a mutation that isn’t being vaccinated against because generally nothing is vaccinated against anymore, don’t ask.”

That “don’t ask” — so much of this young century’s self-inflicted tragedy is crammed into that eye-rolling dismissal. But Berg isn’t giving up, isn’t giving us a pass. Honestly, as arduous as “Grime” sometimes feels, no other book has so thoroughly rattled me about where we’re headed.

By Sibylle Berg. Translated from the German by Tim Mohr.